Get me outta here!

A while back I participated in a meme of sorts where you can showcase your TBR every week based on the theme chosen, but that was deleted by the author I believe, so I have decided to make my own! I’m sure there are others like this, but I can’t seem to find them.

Feel free to join in and use the header.:) 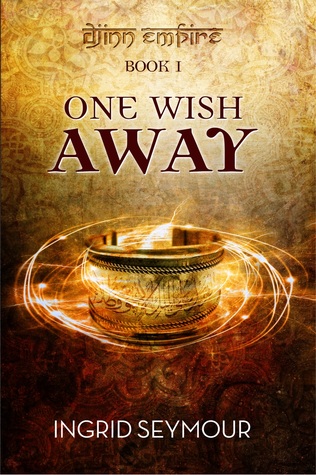 Faris is a Djinn with a secret and Marielle the first master to give him hope. Will she be the one to break his curse? There is no telling. All he really knows is she’s ONE WISH AWAY from breaking his heart.

When Marielle was little, she used to believe Grandpa about his wish-granting Djinn. But now that she’s older, her beliefs have changed, and things like lousy ex-boyfriends and alcoholic fathers have become her reality.

Life isn’t done shattering her truths, though, and when Grandpa dies and the Djinn he warned her never to trust shows up at her doorstep, the world becomes a dangerous, magical place she never knew existed. Reeling for her once-normal life, Marielle soon realizes there’s no going back—not when she’s become part of a mortal conflict between two spell-bound Djinn. Faris—her handsome slave. And Zet—his vengeance-hungry brother. They both want something from her. One, her love. The other one, her life.

Now she’s afraid she will die in love.

One Wish Away is a young adult paranormal romance that will appeal to lovers of Hush Hush, Twilight, and the Fallen series.

WHY I HAVE TO READ THIS:

I have read this author’s work before and from what I remember, I enjoyed it. So I signed up for her ARC readers list and was accepted as the second book in this series, Two Hearts Asunder, will be coming out soon. In order to get my review for the second book written on time though, I first must read this one. I’m pretty excited about it! I don’t usually read books with genies, or djinn, but when I do I usually end up enjoying the story, so I am very hopeful! 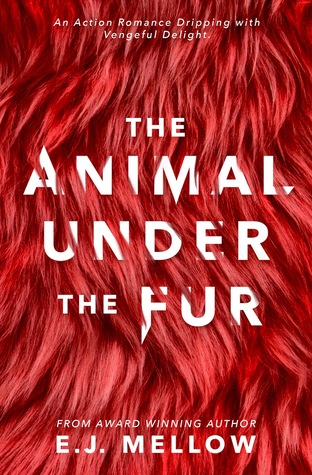 Orphaned on the streets as a baby, Nashville Brown, a.k.a Kill Operative 3, knows better than to rely on anyone. With heightened senses and superhuman strength to survive, she’s been raised as the perfect assassin.

The trick to her success? Keeping everyone, even her best friend, at arm’s length.

Losing his entire family in the span of a year, Carter Smith left his ability to love buried deep in their graves. His only concerns now are completing his missions and effortlessly charming the next temptress to warm his bed.

The key to his accomplishments? Working alone mixed with a Casanova smile.

But when a deadly weapon needs to be stopped from falling into the wrong hands, the lone wolves find themselves thrown into an explosive partnership. Can Carter and 3 lower their guns aimed at one another long enough to succeed, or will their unwillingness to compromise end up destroying more than their perfect records? Whatever their differences, both agree on one thing—in the game of lies and deceit, the line between friend and foe is often blurred by blood splatter.

The Animal Under The Fur is a hate-to-loath-to-love standalone novel filled with savagery, secrets, and enough angst to wrinkle the pages you’ll find gripped in your hands.

WHY I HAVE TO READ THIS:

I have read this author’s work before as well and I loved The Dreamer and The Divide so I couldn’t pass up the opportunity to read the author’s new standalone! Since reviews for ARCs are best received right before a book’s release date or on the day, it’s best if I can get a review for this done within the week. I’m hoping it will be a glowing, positive review, though I am slightly wary because this is a new genre for the author.

Moving to a space station at the edge of the galaxy was always going to be the death of Hanna’s social life. Nobody said it might actually get her killed.

The sci-fi saga that began with the breakout bestseller Illuminae continues on board the Jump Station Heimdall, where two new characters will confront the next wave of the BeiTech assault.

Hanna is the station captain’s pampered daughter; Nik the reluctant member of a notorious crime family. But while the pair are struggling with the realities of life aboard the galaxy’s most boring space station, little do they know that Kady Grant and the Hypatia are headed right toward Heimdall, carrying news of the Kerenza invasion.

When an elite BeiTech strike team invades the station, Hanna and Nik are thrown together to defend their home. But alien predators are picking off the station residents one by one, and a malfunction in the station’s wormhole means the space-time continuum might be ripped in two before dinner. Soon Hanna and Nik aren’t just fighting for their own survival; the fate of everyone on the Hypatia—and possibly the known universe—is in their hands.

But relax. They’ve totally got this. They hope.

Once again told through a compelling dossier of emails, IMs, classified files, transcripts, and schematics, Gemina raises the stakes of the Illuminae Files, hurling readers into an enthralling new story that will leave them breathless.

WHY I WANT TO READ THIS:

I recently finished Illumine, and let me just say, I ordered Gemina so fast I barely had time to cry over how I don’t have it yet. Great news though: It finally came in!! So I plan on starting it as soon as I get through the deadlines above. Hopefully that means I can start it this week, but if not, definitely next week!

Feel free to share your thoughts in the comments, links if you decided to join me, and what you think about the books mentioned in this post!

Sage is a teenaged coffee addict, reviewer, & aspiring author. She likes to think she’s funny and may or may not have an obsession with coffee and great books.